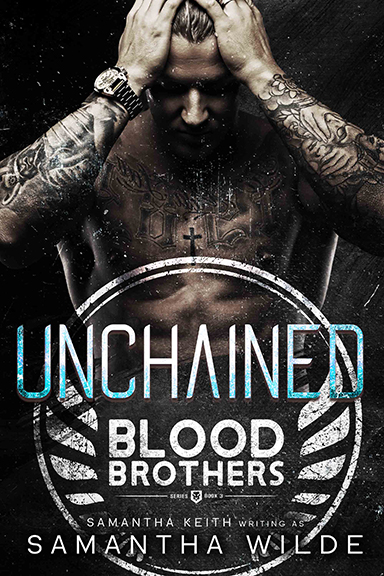 Her good deed will cost her everything—maybe even the man she saved.

Keeping a low profile is Camryn Bayfield’s plan when she takes a nursing job in Utah’s desert. Her vindictive nephew won’t find her there. But on her first night, the sight of one of her patients makes her heart race. His muscular body is bruised and dirty, screaming of neglect. She has one task—sedate him on time—but she’s too busy admiring his mysterious form. And when he grabs her, his hold is unrelenting.

For nearly a year, Brooks Ivanov has been tortured and used as a test subject. An experimental drug makes him lose his memories but gives him immense strength and endurance. Every time he escapes, his captors seize him and he ends up killing more people. Just as he’s lost hope, a new nurse starts caring for him—a nurse who’s different from the monsters who run his basement torture chamber. Her concerned green eyes and angelic face remind him that there’s goodness in the world.

Camryn can’t help but aid in Brooks’s escape. But it’s not that simple. His intense withdrawals ravage his body, and there’s no way she can leave him. On the run, Brooks and Camryn fight to stay alive and ahead of their assailants’ pursuit. Slowly Brooks’s memories return, sparking new rage in his soul. Camryn is his rock, an anchor that keeps him grounded but also drives him to the brink with desire. He has one goal: destroy the people who hurt him and his family. But Camryn’s past creeps up behind them and soon, there’s nowhere to run.